Buhari noted that this year’s event was special in the sense that it was the first time since he took office roughly seven years ago that an event of this magnitude was being held.

He, however, said special investiture ceremonies were held in honour of  MKO Abiola,  Baba Gana Kingibe and  Gani Fawehinmi, SAN, specially to “right the wrong done in the past to assuage our feelings and to resolve to stand firm now and the future for the sanctity of the electoral process and our democracy.“

He also recalled that a similar special award ceremony was recently held in honour of our country’s athletes for their spectacular performances in several competitions.

According to him, it is worthy of note that nation building involves a lot of sacrifice by the citizenry. Citizens who contribute to national development deserve to be encouraged and appreciated.

The President maintained that it was based on this premise that he reconstituted the National Honours Award Committee, Chaired by His Royal Highness, Justice Sidi Bage Muhammad I, JSC, retd,, the Emir of Lafia, a distinguished retired Justice and other patriotic Nigerians as members to recommend suitable Nigerians and our friends for appropriate recognition.

allow you sustain your efforts at contributing to the development of our nation, Nigeria.”

Buhari said his administration will continue to partner with Nigerians and friends of Nigeria with like minds in its efforts to build the Nigeria of our dream where everybody will thrive to excel in their chosen fields devoid of parochial sentiments.

In his opening remarks, Minister of Special Duties and Intergovernmental Affairs, Sen. George Akume said that the successful nominees were drawn from various walks of life across the public and private sectors.

According to Akume, “we pick 447 out of 5,000 nominees for various categories of the 2022 edition of prestigious National Awards.

The Act empowers the President to confer the Nigerian Order of Dignity to honour deserving citizens who have contributed to the development of and progress of the country in any field of endeavour.

In 2022, 447 citizens and foreigners dubbed “Nigerians and Friends of Nigeria,” received various honours ranging from the Grand Commander of the Order of the Niger and Federal Republic Medals.

Thirteen distinguished Nigerians who lost their lives before now were also honoured. They include: The late Chief of Staff to the President, Abba Kyari (CFR), former Chief of Army Staff, Lt. Gen. Ibrahim Attahiru and Aircraft Man Matthew Oyedepo.

The late Army Chief and Oyedepo died in the fatal military aircraft crash which claimed the lives of other senior military officers in May 2021.

Others included several Traditional Rulers including the Olu of Warri, Ogiame Atuwatse III, and the Emir of Lafia, Sidi Mohammad, who is the Chairman of the National Honours Awards Committee.

..….Do you think the president will hand over a secure Nigeria to the next government with the level of insecurity in the country, drop your comments and stay tune to therightplug.

EFCC explains reason for not inviting Jonathan for questioning 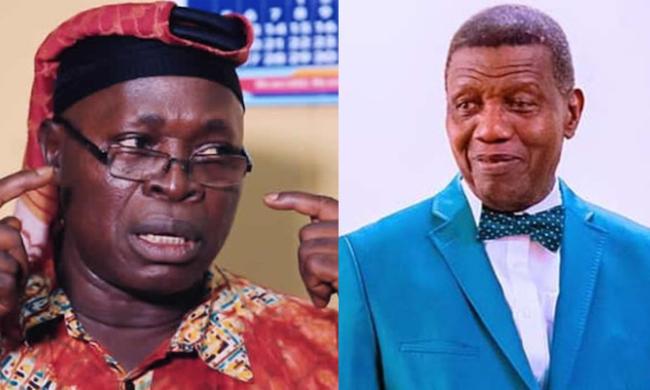